Habbo 2020 is a Client update released in late 2020. It was necessary after the news that Flash, which the Habbo Client had relied on since the New Habbo update, would be discontinued at the end of 2020. The 2020 Client is built with Unity.

The client brought new features and updates to current features. The first new feature to be revealed was user levels which were seen in the first screenshot shared of the client, on 7 October 2019. There are major changes to some systems such as BC, HC and trading, which have caused consternation with some players.

A full list of FAQs can be found here (for Sandbox beta testers) and here (Habbo Help FAQ guide).

The official closed Beta of Habbo2020 started on 26 October 2020, with a small selection of Habbos chosen to test out the new system at first and more added as time went on.

The open Beta was confirmed to be released in December 2020, however Habbo confirmed that many features, furni and functionality would be missing to begin with. From the FAQ: "Due to time constraints we’ve had to prioritise certain features in order to have a playable version of Habbo ready before the removal of support for Flash on major browsers later this year. We’re asking for you to bear with us over the coming months while we continue to develop the game and add as many features – existing AND new – as possible."

The Turkish hotel was the first to receive the open Beta at approximately 8pm (local time) on 17 December 2020. On 21 December, the Beta was released on Habbo.com.br, Habbo.nl, Habbo.fr and Habbo.fi hotels.

A new feature in Habbo2020, the Vault is similar to a player's Purse. Credits will either go to a player's purse or vault depending on how the credits were received:

The Vault has an 80% tax on withdrawals - e.g. to withdraw 1c you need a minimum of 6c in your vault. You can only withdraw the full amount in your vault at once.

Any credits that users already had before the launch of the Vault were not placed into the vault but carried over in their entirety.

To unlock your vault permanently, you must make real-life purchases. The minimum purchase appears to be 55c currently.

An upgraded feature in Habbo2020, the Earnings feature incorporates all earnings from Achievements, Habbo Club gifts and payday bonus, Advent calendar gifts (for example at Christmas), Marketplace earnings, and level progression. You can earn both Duckets and Credits from the methods listed above. 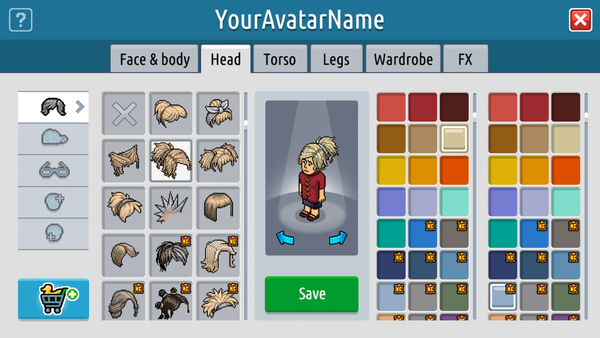 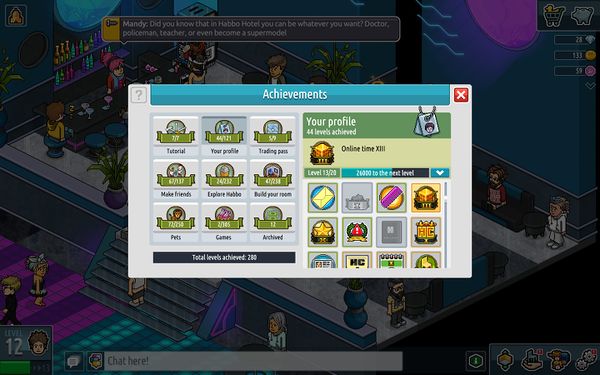 A new feature of Habbo2020, Star Gems are a feature which replace the old Respects system from the Flash client. You can give them to Habbos via their user profile. They cost 1 Ducket each and you can get a series of New Achievements from both giving and receiving them.

The following items were confirmed as non-functional for the start of the open Beta of Habbo 2020. Habbo confirmed that all of the following were intended to be fixed as the Beta progresses, and some of these (such as black holes) were even found to be functioning in the Beta version on its first open release. 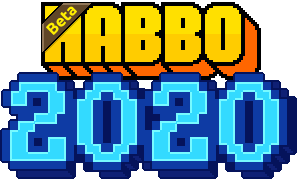 Habbo 2020 was first tested by Sulake employees and a group of 72 players who logged onto the beta version of the new client through Sandbox.

Puhekupla received and confirmed a list of players from Habbo staff who were chosen to be the first testers - many had worked with Habbo staff in the past. The players chosen were:

Credit to Puhekupla for this information: