Sho (also known as Shonly and previously known as .Cymru.) joined HabboxForum on the 14th April 2011. She began to attend Habbox Events during the Easter Eggstravaganza tournament and decided to sign-up to the Forum so she could enter Competitions for extra points. She was in the top 10 participants of the tournament and won 3 Club Sofas from Bolt660, who was the Assistant General Manager (Community) at the time.

After quitting Habbo for a year, she returned to Habbo(x) and consequently began to attend Events. She went on to gain roles in various departments including Events, Competitions, Rare Values, News, HabboxLive, Help Desk, Graphics, Content and Articles, working her way to Senior/Head in the News, Events, HabboxLive, Graphics and Articles departments.

During runeaddict99's time as Competitions Manager Sho was offered the role of Assistant Manager, despite the fact that she was the least experienced staff member on the team; having been staff in the department for only two months. After runeaddict99's resignation a few months later, the Manager role was given to Sho. She was in the Competitions Department for 18 months, spending 14 of those months in the management position until she was offered the role of Assistant General Manager on the 23rd of August, 2014, following the resignation of Samanfa.

After changes in General Management at Habbox, Sho agreed to take over the role of being the Help Desk owner. This change was considered to be significant as the Help Desk had been owned by the General Manager, xxMATTGxx at the time, for several years. In late March 2015, Sho decided to resign from her role as Assistant General Manager (Community) and stepped down to Assistant Competitions Manager, running the department with Inseriousity..

On the 29th of March, 2015, Sho was awarded the Habbox Merit for her time and efforts put into Habbox as Competitions Manager and Assistant General Manager (Community). 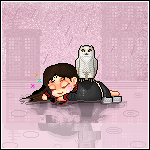