The Rare Values Manager is currently Graspingg and the Assistant Manager is HaleKane.

How the department operates 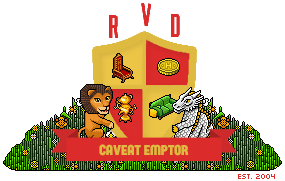 The Coat of Arms of the Rare Values Department

The Rare Values on the site are dependent on values that have been witnessed within both trades and Marketplace, the team also allow members of Habbox Forum to suggest values if they are incorrect. The senior members in the Rare Values Department are the Head Rare Values Reporters, they approve or deny the updated values given by the Rare Value Reporters. The values can only be edited by the Head Rare Values Reporters and (Assistant) Rare Values Manager. The values are updated as regularly as possible however some new releases will be inaccurate due to them settling into the market. Whilst values for Norms are also provided, the focus is on values for Rares.

Submit values of their own, Senior Values Staff also aid junior staff (especially trialists) and will aid the Rare Values Manager when he/she is away, and occasionally submit feedback with monthly reports.

Values staff are an integral part of the department - they're the ones who value furniture.

Some people are better at history, images and research. This is the other side to the Values' role - we couldn't value furni without having the images and names on the database.

This role isn't an official staff role and there won't be any specific minimums, although they will be expected to contribute to the reforms.

All new staff who join the Rare Values department will be given a trial normally lasting 2 weeks, after this time they'll be a fully fledged RV member of staff, given they've passed their trial.

The Department was inaugurated in 2004 and is marked by the date that [email protected] was hired as the 1ˢᵗ Rare Values Manager by Habbox Owner sierk.

In 2006 the Department was rocked by mass resignations - over half the department - and public outcry concerning the events of the Samovar Crisis which led to rival sites such as Vodor.net and HHGS taking a slice of Habbox's market share. Habbox Rare Values ultimately recovered by 2008 and are still here to this day.

During 2006 and 2007 (and again in 2013-2014) a popular article series was written as a joint venture between the Habbox Articles Department and the Rare Values Department entitled Rare Values Weekly. Like the now-abolished Rare Watch Editor role, this was technically separate to HxRV.

In 2010 Sulake introduced the Marketplace which dramatically changed how items on the hotel were traded. Formerly, the only way to value an item was to check the value on Habbox, know it yourself from experience/friends or to look at a rival rare values site other than Habbox. From this point onwards, the strong influence and sway the Rare Values Department and Habbox held on rare values was broken forever.

In the July of 2014, the Department turned 10 years old and this was marked by major changes to the staff roles which required reforming after a decade of virtually no changes despite the many taking place on Habbo Hotel itself. The creation of a permanent Coat of Arms (above) for the department as a symbol of the role of the department as well as the history of the department to celebrate a decade of Habbox Rare Values was commissioned and designed by the then-Rare Values Manager -:Undertaker:- and created by then-Graphics staff Jurv.

From 2015 to 2016 the Rare Values Department fell, for the first time in its history, under the direct control of Habbox General Management while the new system was under development.